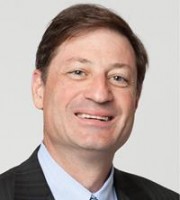 Russell E Levine focuses his trial, appellate and alternative dispute resolution practice on patent infringement and trade secret matters, and disputes related to technology transfer and patent licence agreements. His trial practice includes both jury trials and arbitration proceedings. His appellate practice concentrates on cases before the US Court of Appeals for the Federal Circuit. His technology transfer and licensing practice includes structuring and negotiating both licensing-in and licensing-out transactions.

Mr Levine has received numerous accolades for his IP practice – he won the International Law Office 2012 Client Choice Award in litigation for the United States, is named in several IAM publications and is included in Legal 500, Chambers USA and the Leading Lawyers Network.

Mr Levine is an author and frequent speaker on IP issues. He is co-editor of International Licensing and Technology Transfer: Practice and the Law. His ‘Top 10’ workshop at the Licensing Executives Society (LES) annual meeting is consistently standing-room only. Mr Levine has spoken at numerous LES local chapter and national society meetings and has been an instructor on several LES educational courses. He taught a course on patent law for the Society of Automotive Engineers for 25 years.

Mr Levine is active in bar associations, industry organisations and his community. He is a past president of LES (United States and Canada). He is also a past member of the American Heart Association’s Chicago board of directors, a past chair of the President’s Council at Chicago’s Museum of Science and Industry and a past chair of the bylaws committee of the Midwest division of the US Tennis Association.

Mr Levine holds a BS in engineering and a BS in economics from the University of Michigan. He received his law degree from the University of Chicago. He is on the World Intellectual Property Organisation’s List of Mediators and Arbitrators and is registered to practise before the US Patent and Trademark Office and the US Supreme Court. Mr Levine also is a certified licensing professional.