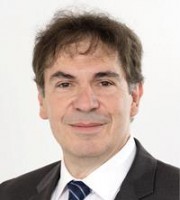 Rudolf A Rentsch is the founding partner of IPrime, the first Swiss-European boutique group specialised in providing sophisticated services in complex matters of technology law, intellectual property and compliance to high-profile clients. IPrime has offices in Zurich, Switzerland, as well as in Dusseldorf, Germany, where one of Europe’s leading patent courts is located.

For the past 25-plus years, Mr Rentsch has been acting as a consultant and litigator in all areas of IP law, with a predominant focus on patent, trademark and copyright law, as well as competition law. He relies on vast experience in managing complex litigations and coordinating international lawsuits. Further areas of expertise include information, communication and technology law, licensing law, as well as legal and technical consultancy in the field of computers, software and telecommunications. He has frequently been involved in cross-border litigations and contract matters in Asia, the United States and all over Europe.