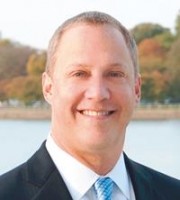 Ross A Dannenberg handles a range of IP issues, with experience in networking, blockchain, video game, telecommunications and computer software-related issues. With a background in computer science, Mr Dannenberg has prepared and prosecuted hundreds of patent applications in a variety of technical fields and has been involved in numerous patent, copyright and trademark enforcement lawsuits. He has considerable experience with IP protection of video games, including patent, trademark and copyright protection, copyright clearance, licensing and enforcement of IP rights.

Mr Dannenberg earned his BSc in computer science from the Georgia Institute of Technology in 1994 and he earned his private pilot’s licence in 1999. Between his undergraduate studies and law school, Mr Dannenberg was an information systems manager for Carnival Cruise Lines, where he was responsible for all facets of computer and network use, training and administration aboard a cruise ship. He earned his JD from The George Washington University Law School in 2000.

Mr Dannenberg is the founder and editor-in-chief of the ‘PatentArcade.com’ legal blog, the editor and a principal contributor to The American Bar Association’s Legal Guide to Video Game Development (second edition, 2016; first edition, 2011) and an editor of The American Bar Association’s Computer Games and Immersive Entertainment: Next Frontiers in Intellectual Property Law (second edition, 2018), which was published by the IP section. Mr Dannenberg serves on the editorial board for the Interactive Entertainment Law Review, is a founding member of the Video Game Bar Association and was the founding chair of the American Bar Association’s Committee on Computer Games and Virtual Worlds. Mr Dannenberg is an adjunct professor of Video Game Law at American University Washington College of Law and served as adjunct professor for Patent and Copyright Law courses at George Mason University Antonin Scalia Law School.