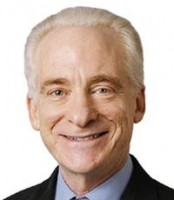 Patents that Mr Asher has prosecuted have been used by clients to support multi-million-dollar acquisitions and secure millions of dollars through litigation against infringing companies. For example, he prosecuted the ActiveVideo patents successfully asserted in court against Verizon, producing a settlement of over $260 million.

Mr Asher served as co-chair of the Patent Litigation Subcommittee of the American Bar Association Litigation Section for over a decade. He holds degrees in electrical engineering from the Massachusetts Institute of Technology and in law from Harvard Law School.