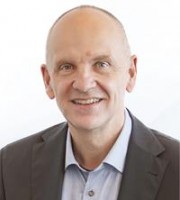 Dr Harrison has been working in the field of intellectual property since 1987 when he started work as a patent examiner at the European Patent Office before joining the in-house team of IBM in Stuttgart, Germany, in 1990. He joined WL Gore and Associates in 1995 as European IP counsel before leaving to join a law firm in 2001.

Dr Harrison is a registered German, French and European patent and trademark attorney.

His background in the corporate world means that he is business-focused on his clients and he is a member of several advisory boards. He is a graduate of the accredited Financial Times Non-Executive Director Diploma programme. With his strong Australian connections, Dr Harrison has served on the board of the German Australian Business Council for many years. He has also served as chair of the American Chamber in Europe’s IP Subcommittee and the High-tech Committee of the Executive Licensing Society International.

He speaks English, French and German, and has a good knowledge of Spanish, Italian, Dutch and Portuguese.