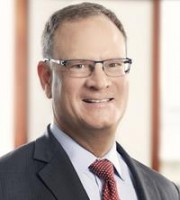 Richard J Stark is a partner in Cravath, Swaine & Moore LLP’s litigation department. His practice focuses on IP, antitrust and other technologically intensive litigation for both plaintiffs and defendants.

Mr Stark is also representing Blue Yonder as plaintiff in a patent infringement case against Kinaxis and its affiliates relating to Blue Yonder’s patents on managing supply chain processes, as well as Quibi in consolidated patent infringement and trade secret litigation against Eko relating to Quibi’s use of its ‘Turnstyle’ video display technology.

Mr Stark has represented Qualcomm Incorporated in a number of US and international matters relating to Qualcomm’s patent licensing and modem chipset businesses. He recently represented Qualcomm in connection with IP, antitrust and contract actions brought by Apple on three continents, including the central action in California, which resulted in a global settlement resolving all litigation between the companies.

Mr Stark has been recognised as a leading IP practitioner by numerous publications, including The Legal 500 US, Benchmark Litigation and Lawdragon. Mr Stark is a member of the Council of the American Bar Association Section of Intellectual Property (ABA-IPL). Previously, he served as chair of ABA-IPL’s Committee on Antitrust Interface with IP Rights and vice chair of the Section’s Division of Specialised IP. Mr Stark is also a member of the Institute of Electrical and Electronics Engineers.

Mr Stark received an AB from Harvard College in 1986, with a dual concentration in government and computer science, a JD from the New York University School of Law in 1991 and an MS in computer science from Columbia University in 2014.