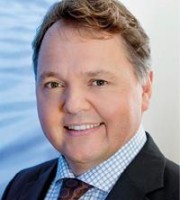 Reinhard Knauer specialises in IT and telecommunications-related technology, consumer electronics and automation technology, and represents major global companies in these fields.

Being a German and European patent attorney, he has extensive expertise in patent litigation and patent prosecution. He is particularly experienced with EPO opposition and appeal procedures as well as patent invalidation proceedings before the German Federal Patent Court and the German Supreme Court.

Mr Knauer is regularly involved in complex patent litigation, frequently involving SEPs. In recent cases he has represented Yahoo!, Pinterest, Tumblr, Whirlpool and Samsung before German courts. With his large team, Mr Knauer has obtained over 1,000 European patents related to software and telecommunications, including SEPs.

Mr Knauer has been named as a recommended individual by the following:

Grünecker is among the largest IP law firms in Europe, with more than 100 attorneys. The firm has its headquarters in Munich and branch offices in Berlin, Cologne and Paris.