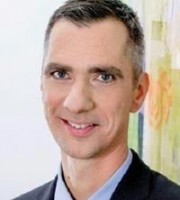 Peter Miltényi studied physics in Germany and the United Kingdom, and obtained his PhD in physics from RWTH Aachen University. He has received various prizes for his research, including the RWTH Aachen University Department of Physics prize for the best PhD thesis in 2000. Having joined Grünecker in 2000, he became a German, European and Spanish patent attorney.

Dr Miltényi is fluent in German, English and Spanish, which enables him to work with clients from across Europe and throughout the world.

Of the numerous technological fields, Dr Miltényi works mainly in physics, software and mechanics, as well as medical devices. The broad technical spectrum enables him to work in areas which overlap or combine several of these fields.