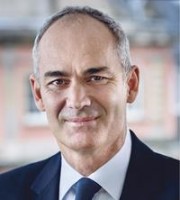 Peter-Michael Weisse primarily focuses on patent law, but also advises and represents national and international companies in the areas of trademark, unfair competition and utility model law. He mostly handles patent infringement cases before national courts throughout Germany, often with parallel proceedings around the world.

He is frequently involved in opposition and nullity proceedings before the EPO and national patent courts. Since 1996, he has handled a remarkable number of complex patent infringement proceedings in the areas of telecoms, electronics, medical devices, biotechnology, chemicals and pharmaceuticals, mechanical engineering and automotive.

Mr Weisse has handled many prominent proceedings and legal disputes that led to landmark decisions by the German Federal Supreme Court – for example, regarding SEPs and indirect patent infringement. He is highly experienced in the litigation of SEPs and all aspects of the fair, reasonable and non-discriminatory terms defence, as he represented various parties in several of the first SEP-related proceedings tried in Germany after the European Court of Justice’s decision in Huawei v ZTE.