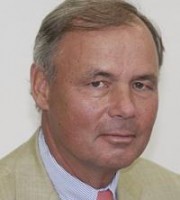 Peter Mes joined Krieger Mes & Graf v der Groeben directly after being admitted to the Bar. As the name and senior partner of the firm, he is one of the most respected German lawyers in the field of patent law and IP law in general. He has been a board member of the German Association for the Protection of Intellectual Property (GRUR) and was president of the German group of the International Association for the Protection of Intellectual Property from 2001 to 2013. In addition, he became co-editor of the journals GRUR and GRUR Int in 1996, taking on the essay section as his special responsibility. Dr Mes was a lecturer in industrial property at Westphalian University in Munster for many years, where he also received the title of honorary professor of law. Since 2014, he has been an honorary member of GRUR.

Dr Mes has published many articles on topics relating to civil law, particularly IP rights. Noteworthy publications of which he has been editor and co-author include Commentary on Patent and Utility Model Act (currently in its fourth edition, 2015), Beck’s Form Book for Legal Proceedings (published in cooperation with Horst Locher, 12th edition, 2012) and Munich Form Book for Legal Proceedings on Industrial Property Rights, Copyright and Press Law (fourth edition, 2014).