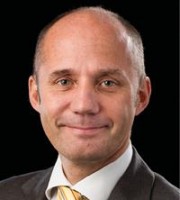 Peter Ekwall joined Zacco in 1999. He is an authorised Swedish and European patent attorney who primarily focuses on patent prosecution, strategy counselling and infringement cases. He was project manager for Albihns’ business development in Sweden in 2009. He has been a manager at Zacco for more than 10 years and until May 2016 he held the position of regional director in Gothenburg. As of 2019, he now works as a full-time senior partner specialising in infringement cases and IP strategy.

Mr Ekwall graduated in 1999 with an MSc in chemical engineering and engineering physics from Chalmers University of Technology, Gothenburg, where he specialised in physics and chemical reactions in catalysts. His master’s thesis was titled “Mathematical Modelling of a Selective Catalytic Reduction Catalyst”.

In 1993 Mr Ekwall graduated from the Police Academy in Stockholm with corresponding knowledge in law. From 1992 to 2000 he worked as a police officer in Stockholm and Gothenburg, completing his studies at Chalmers in parallel with his police work during the latter part of this period.

Mr Ekwall is a member of the board for the Association of Swedish Patent Attorneys, the Institute of Professional Representatives before the EPO and the International Federation of Intellectual Property Attorneys.