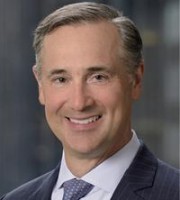 Paul A Bondor is a veteran trial lawyer and partner of Desmarais LLP, where his practice focuses on the litigation of complex technology-driven disputes, particularly patent infringement jury trials. As lead trial counsel for Boston Scientific, Mr Bondor won a judgment of more than $42 million in a patent infringement case involving coronary stents, and he, along with others from Desmarais LLP, helped secure a record-setting $1.54 billion jury verdict on behalf of Lucent Technologies, which was the largest patent jury verdict in history at the time. Mr Bondor and his trial teams have also secured multiple exceptional defence verdicts for his clients – even against adversaries who were able to secure nine-figure jury verdicts in prior cases asserting the same patents.

Mr Bondor started his career as a law clerk for Judge Louis Stanton in the US District Court for the Southern District of New York. He then began private practice with Kenyon & Kenyon, where he was elected partner in 2001. In 2004 John Desmarais asked him to join the New York office of Kirkland & Ellis as a partner in the IP litigation group. After seven years there, he again joined forces with Mr Desmarais to build Desmarais LLP.

Mr Bondor is admitted to the Bars of New York and the District of Columbia, as well as the US Court of Appeals for the Federal Circuit and various federal district courts. He is also registered to practise before the USPTO.