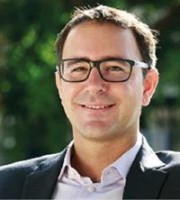 After a brief stay in the R&D department of photovoltaic solar energy of a large multinational company operating in power generation and railway systems, Mr Rubio moved to the patent department of the wind energy business within the same company, where he worked as a patent engineer for four years. Mr Rubio then joined an international manufacturer of metal automotive components, where he worked as a patent engineer and patent manager for three years. In 2016 Mr Rubio passed the European Qualifying Examination and joined ZBM Patents & Trademarks.

In all these positions, Mr Rubio has been involved in matters such as drafting and prosecuting patent applications before the EPO, oppositions, validity and freedom-to-operate analysis, patent strategy and patent management. He also acts as a technical expert in Spanish court cases and lectures on patent matters in Spain.