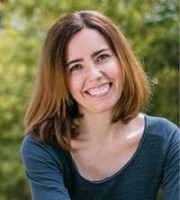 Noemí Daviu holds an MSc in chemistry. She started her professional career working as a researcher in the medicinal chemistry laboratory of a multinational pharmaceutical company in Germany. After three and a half years, she returned to Barcelona in 2002 to join the patent profession, working as a patent adviser in the patent departments of two outstanding Spanish pharmaceutical companies for five years.

In 2007 she joined ZBM Patents & Trademarks. She passed the European Qualifying Examination in 2009 and became a partner in 2010.

Her skills at ZBM include scientific and patent information retrieval, preparing patentability analysis, patent drafting and prosecution, in particular of European and Patent Cooperation Treaty patent applications. Ms Daviu is also strong in the preparation of validity reports and opposition proceedings before the European Patent Office. She has also extensive experience in preparing validity and freedom-to-operate reports, including opinions to be used for subsequent national court actions, especially in the fields of chemistry and pharmacy.

In 2015, she obtained the European Patent Litigation Certificate, which will give her the right to represent clients before the Unified Patent Court.