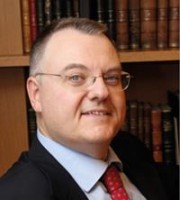 Nikolaos Lyberis graduated from Athens University Law School and worked as a scientific collaborator at the University of Thrace Law School. From 1992 to 2000 he served as a legal adviser at the Hamburg Max Planck Institute for International Private Law, delivering legal advice to inquiring German courts. He obtained his PhD in European economic law from the University of Hamburg Law School.

Since 1993 Dr Lyberis has been a partner at Vayanos Kostopoulos – the oldest IP law firm in Greece – and in 1997 he became managing partner of the firm, which consists of a patent department, a trademark department and a legal department together employing 20 professionals. He specialises in prosecution and litigation relating to patents, trademarks and other IP rights. He also handles matters concerning counterfeit goods before Customs and the courts. Further, he successfully deals with contract law, IP licensing, consumer protection law and internet law disputes, as well as domain names and IP protection in unfair competition cases.

Dr Lyberis and his team at Vayanos Kostopoulos serve leading multinationals from all branches of industry and commerce, including pharmaceuticals, cosmetics, consumer goods, automotive, food and beverages and engineering.

Dr Lyberis worked as the representative of the Athens Bar Association for the government’s legislative committee that drafted the Trademark Law (4072/2012). He also served as a member of the board of directors of the Greek Patent Office in 2014-2015.

Dr Lyberis regularly lectures on patent and trademark law in various training programmes for private and public legal entities. He has authored numerous articles on key topics of IP law. He is fluent in German and English.