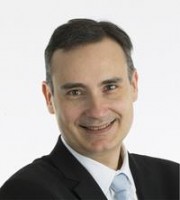 Michel Abello is the co-founder and managing partner of law firm abello and benefits from nearly 30 years of experience in IP matters, both as a European patent attorney and a lawyer.

After 12 years’ experience as a French patent attorney and European patent attorney, including four years as a manager, he became an attorney at law in 2003 and co-founded Loyer & Abello, now abello.

Mr Abello graduated from the Ecole Centrale Paris in 1992 and from the Pantheon-Assas University with a master’s in industrial property in 1992, as well as from the Centre for International Intellectual Property Studies (CEIPI) in 1995.

Mr Abello has been teaching IP law at the Ecole Centrale Paris since 1996 and at the Ecole Centrale de Pékin (Beijing) since 2008, as well as at the CEIPI and Paris Bar School. He is the main author of the Guide des saisies-contrefaçons et des constats (Guide on French seizures and bailiff reports) edited by LexisNexis since 2016, a comprehensive 400-page manual, as well as the French chapter on employees’ IP rights in the AIPPI Law series edited by Kluwer Law International, along with many papers and articles.