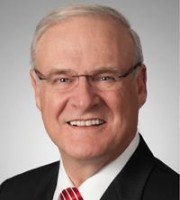 Mr Schwegman’s prior experience in patent law included four years at Honeywell Inc, and from 1972 to 1993 at Merchant & Gould in Minneapolis where he was a shareholder and a board member.

For many years, Mr Schwegman has been recognised as a “Super Lawyer”.