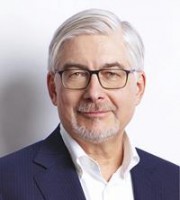 Dr Wallinger has been involved in high-profile patent litigation since 1983; he has handled hundreds of patent infringement, patent nullity and patent opposition cases, as well as IP arbitration. A considerable number of these cases were landmark decisions decided by the German Federal Supreme Court, including:

Dr Wallinger was successful with a challenge on the grounds of bias – due to the missing separation between patent prosecution and legal checks and balances, in terms of personnel – in a review case against the chair of the Enlarged Board of Appeal of the EPO’s interlocutory decision of 25 April 2014 in Case R 19/12, with far-reaching effects on readjustments in the structure of the Boards of Appeal.

Located in Munich, Wallinger Ricker Schlotter Tostmann started with five attorneys in 2007 and has grown to include over 20 patent attorneys and attorneys at law, representing clients from all over the world and across the full spectrum of industries.