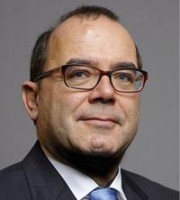 Michael Schramm is a certified IP lawyer at Munich-based IP boutique 2s-ip Schramm Schneider Bertagnoll. He is one of the few attorneys at law in Germany with both a technical (PhD in physics) and legal background. He was admitted to the Bar in 1996 and registered as a European patent attorney before the EPO in 2000. Dr Schramm has more than 20 years’ experience in patent litigation; he worked as a lawyer at two major IP firms in Munich before starting his own firm in 2002.

Due to his scientific background, Dr Schramm has specific experience and knowledge in areas where a profound understanding of clients’ products and technologies is essential. He represents major players in the electronics, automotive, telecommunication, renewable energies and IT industries in patent infringement cases, as well as in validity proceedings before all major patent courts in Germany. This includes a range of cross-border litigation. In addition, he supports clients in drafting and negotiating patent licence, R&D and software agreements, as well as in due diligence proceedings and in prosecuting IP rights.

Dr Schramm studied physics (with a minor in computer science) in Erlangen and Berlin, and spent time as a scholar at Lawrence Livermore National Laboratory (United States) with a grant from the North Atlantic Treaty Organisation Scientific Affairs Division. In parallel to his PhD studies, he studied law in Berlin and Wurzburg (with a minor in comparative law and conflict of laws). Before being admitted to the Bar in Germany, he gained further patent law experience during internships at the EPO and at a law firm in Washington DC.