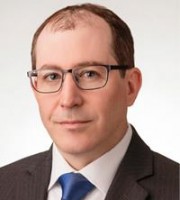 Matthew Phillips represents clients in inter partes reviews (IPRs) and other post-grant proceedings at the USPTO Patent Trial and Appeal Board (PTAB) and the US Court of Appeals for the Federal Circuit. He taught a bi-annual three-day advanced course on post-grant proceedings for Patent Resources Group from 2009 to 2019. He is a co-author of a two-volume treatise entitled Post-Grant Patent Practice, first published in 2009 and updated at least annually since. He has written over 40 articles on post-grant patent topics and had lectured on post-grant patent topics around the world for the past 10 years.

Mr Phillips has nearly 25 years of experience working with patents in private practice and government service, including as a patent examiner at the USPTO and a law clerk at the US Court of Appeals for the Federal Circuit. Mr Phillips was a partner at a large general practice law firm before co-founding Laurence & Phillips in 2017 and its predecessor firm in 2012. He and his colleagues at Laurence & Phillips have compiled an impressive record in IPRs.

Mr Phillips is also highly experienced filing and prosecuting re-issue applications, attacking and defending patents in re-examinations and representing patent applicants in high-stakes matters before the USPTO, especially in appeals at the PTAB, particularly for complex electronics and computer inventions.

He served as an adjunct professor at Lewis & Clark Law School in Portland, Oregon, where he created and taught a course on patent prosecution from 2011 to 2018.