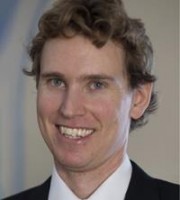 Mathieu de Rooij holds an MSc in aerospace engineering. He started his career in patents in 2002 at the EPO in The Hague. For five years he worked as an examiner in diverse technical fields such as wind energy, marine current energy, wave energy, gas turbines, steam turbines and pumps. His tasks involved search and substantive examination, as well as document classification. His time at the EPO gave him in-depth knowledge of the European examination procedure, as well as oppositions. He was also involved in training newcomers at the EPO.

Mr de Rooij passed the European qualifying examination in 2007. In 2008 he moved to Barcelona to join ZBM Patents & Trademarks. He became a partner at the firm in 2011. His practice focuses on European patent prosecution, including oppositions and appeals before the EPO, as well as patentability and freedom-to-operate studies. He specialises in renewable energy, the automotive sector and medical devices. He also regularly acts as a technical expert in Spanish court cases.

Mr de Rooij is active as a tutor for both the European Patent Institute and the Centre for International Intellectual Property Studies, and regularly lectures on patents in Spain and abroad. In 2011 he obtained the European patent litigation certificate, which allows him to represent clients before the UPC.