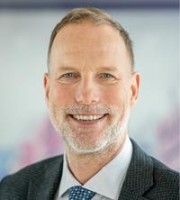 Mathias Ricker is one of the founding partners of law firm Wallinger Ricker Schlotter Tostmann. He is part of the chemistry/pharmaceutical IP practice group, which has five partners.

Dr Ricker has been active in the IP field since 1991. His activities have and still do focus on the areas of chemistry, pharmaceuticals and medical devices. He is active in counselling domestic and foreign clients in all areas of patent matters. In the past couple of years, his activities have concentrated in the representation of clients in opposition and nullity proceedings before the European Patent Office and the Federal Patent Court, as well as in infringement proceedings – in many instances together with Wallinger Ricker Schlotter Tostmann’s attorneys at law.

Located in Munich, Wallinger Ricker Schlotter Tostmann started with five attorneys in 2007 and has grown to include over 20 patent attorneys and attorneys at law.