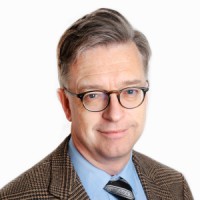 Martin MacLean has been ranked as a Band 1 patent attorney and a key individual for biochemistry and biotechnology patents by Chambers and Partners. A chartered patent attorney and European patent attorney, sources comment that Mr MacLean is "splendid to deal with in terms of the processes and extremely easy to get on with" (2019).

Mr MacLean’s principal practice areas include drafting and global prosecution, defence and opposition, freedom-to-operate analysis and strategic advice. In this regard, he has extensive experience in the conduct of hearings before the EPO, having conducted well over 100 of these.

Mr MacLean has a strong background in biochemistry and biotechnology, having obtained a first-class degree in microbial technology and a PhD for research conducted into the biochemical aspects of acidophilic bacteria, both at the University of Warwick. He also has a master’s in intellectual property from the University of London.

Specialising in technologies such as the retargeting of bacterial toxins, vaccines, expression systems, diagnostics, protein therapeutics and agrochemicals, Mr MacLean represents clients ranging from the UK government and blue-chip biotech companies to spin-outs and start-ups.

The Legal 500 2019 notes that Mr MacLean is "very sharp" and "has a deep understanding of the law and the procedures at the EPO". Nominated by peers as one of the world’s leading practitioners in the field of patents in the 2016 to 2018 editions of Who’s Who Legal: Patents, Mr Maclean is also ranked in the IAM Strategy 300 2017 to 2019.