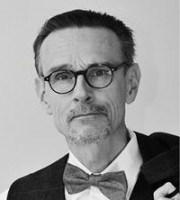 Martin Holmberg-Schwindt is a European patent attorney based in Stockholm, working closely with his domestic and foreign clients throughout the lifecycle of their patents, developing patent strategies, drafting and prosecuting applications globally, handling oppositions and conducting infringement analyses, due diligence and freedom-to-operate assessments. He currently works at Kransell & Wennborg, a partner-led patent bureau with offices in Stockholm and Gothenburg, and with a global reach.

Mr Holmberg-Schwindt has a MSc in chemical engineering from the Helsinki University of Technology. Having participated in the scale-up of a patented biotechnical process, he worked briefly as production manager at a start-up company and then entered the IP rights field in 1992. He qualified as an authorised Swedish patent attorney in 1997 and passed the European qualifying examination in 2001.

During his close to three decades in the IP rights field, Mr Holmberg-Schwindt has accumulated broad experience in patent matters relating to chemistry and life sciences, including neighbouring fields such as medtech, biotech, environmental protection and food technology. His clients come from both academia and industry, ranging from start-ups and individual inventors to multinational companies. He has served as technical adviser in proceedings before the Stockholm District Court and the Svea Court of Appeal, and participated in non-public arbitration proceedings. From 2003 to 2015, Mr Holmberg-Schwindt held a trustee mandate for the European Commission.

Mr Holmberg-Schwindt has also been active in patent attorney organisations nationally and internationally. He was member of the board of the Society of Swedish Patent Agents from 1998 to 2001, and a member of the European Patent Practice Committee of epi from 2001 to 2005. Focusing on education matters, he became substitute member of the Professional Education Committee (PEC) of epi in 2005, tutored candidates preparing for the European qualifying examination from 2001 to 2011 and participated as a full member of the PEC from 2011 to 2018. Mr Holmberg-Schwindt regularly lectures at the Royal Institute of Technology, Uppsala University and Chalmers University of Technology.