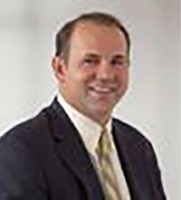 Marcus Klee is a seasoned trial and appellate lawyer representing clients in complex IP litigation matter in all areas, including pharmaceuticals, medical devices, webcasting, environmental remediation, aviation, infrastructure and prepared foods. He was counsel on the “Milestone Case 2013” awarded by Managing Intellectual Property, and is ranked in Lexpert, Chambers Global, Benchmark Canada, MIP and the IAM Patent 1000. He represented WL Gore & Associates Inc in a patent infringement and validity case involving artificial arteries. The corresponding litigation in the United States was described by the court as the most complicated case the court had presided over.

He received his PhD from Queen’s University and his law degree from Osgoode Hall. He was the recipient of numerous scholarships and academic awards. Dr Klee was called to the Ontario Bar in 2002 after clerking at the Court of Appeal for Ontario.