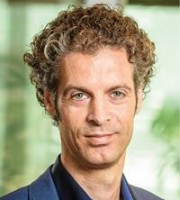 Marco Box has been a patent attorney at VO Patents & Trademarks since 2003. He began his career as an instrument designer at Optel in 1997, before becoming an engineer at Frencken Mechatronics in 2000. With a background in physics and instrument design and engineering, Mr Box has a broad understanding of all aspects of mechanics, electronics and information technology.

Mr Box is experienced in the fields of optics, software, general mechanics and fine-mechanical constructions.

Mr Box graduated in technological design from the Stan Ackermans Institute in 1997, having received his MSc in applied physics from the Eindhoven University of Technology in 1994.

Previous testimonials for Mr Box include the following: