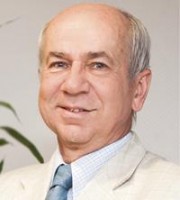 Magnus Aspeby earned a degree in chemical engineering from the Royal Institute of Technology in Stockholm and is the only person in Brazil to have passed the EPO’s qualifying exam.

Mr Aspeby worked as a patent examiner at the Swedish Patent Office before working for 11 years at the EPO in Munich in gas purification and separation processes, as well as heterocyclic compounds. He has also worked as a consultant-expert for WIPO at the Brazilian Industrial Property Office (INPI) in Rio de Janeiro and as a patent attorney in the patent department of Sandvik AB in Sweden, mainly drafting and prosecuting patent applications for metal cutting tools and steel alloys. At Sandvik, Mr Aspeby actively participated in several oral proceedings at the EPO, in both opposition and appeal proceedings.

Mr Aspeby founded his own IP office in Rio de Janeiro which he managed for 18 years, during which time he mainly filed and prosecuted Brazilian patent applications. He also drafted and filed several appeals, administrative nullity actions (oppositions) and subsidies to the technical examination (third-party observations). Besides the INPI, he has actively corresponded with the Brazilian National Agency for Sanitary Vigilance for pharmaceutical applications. Further, Mr Aspeby has dealt with freedom-to-operate investigations and infringement cases, as well as design and trademark applications.