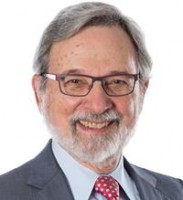 Lee Carl Bromberg has tried patent infringement cases on behalf of national companies in courts throughout the United States. He has a record of wins for his clients in pharmaceuticals, medical devices, life sciences, power systems, software and electronics, thanks to his skilful presentation of complex technical and scientific subject matter to courts and juries. In a medical device case, for example, Mr Bromberg secured a jury verdict denying any recovery on a claim for over $30 million in patent infringement damages. In a pharmaceutical case, he teamed with a New York firm to obtain a jury verdict of $65 million – the largest verdict of the year in Massachusetts. Mr Bromberg also obtained a verdict of infringement for Abbott Laboratories which upheld a multi-year licensing programme for patents directed to immunochemical diagnostic devices. He also obtained a technology licence arbitration award of over $11 million for an R&D lab that had developed groundbreaking medical technology.

In the areas of electronics and software, he has won a $25 million judgment for wilful patent infringement in a case involving electro-magnetic motors; a verdict of infringement and a multimillion-dollar settlement in a subsequent case; and a non-infringement verdict in the Eastern District of Texas defeating a software patent claim for $90 million – plus summary judgment of non-infringement for a maker of power converters, which foreclosed a multimillion-dollar damages claim. He has also defeated a multimillion-dollar claim based on speech recognition software patents and secured enforcement of a licensing programme for computer-aided design/computer-aided manufacturing (CAD/CAM) software. Mr Bromberg also won a jury verdict of non-infringement in plaintiff-friendly Marshall, Texas, defeating a $26.5 million claim based on a software patent for automated real estate valuation. In many cases, he has upheld his trial victory in the appeals court.

Mr Bromberg has served as a court-appointed discovery master in patent litigations and led the taskforce that obtained implementation of local patent rules in the Massachusetts Federal Court.