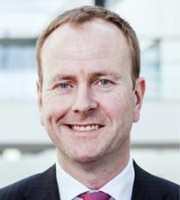 Kim Wagner is a partner and European patent attorney at Plougmann Vingtoft, where he is head of the opposition and litigation department.

Mr Wagner has an outstanding record in representing clients in oral proceedings before the EPO Opposition Division and Boards of Appeal, where he has handled a number of high-profile opposition and appeal cases for both domestic and international companies.

During his successful career as a patent attorney, which began in 1997, Mr Wagner has gained extensive experience in oppositions, freedom-to-operate and due diligence analyses and infringement actions. In an earlier IAM Patent 1000 survey, his peers described him as “smart legally and scientifically, and always delivers great work in a timely fashion”.

Mr Wagner holds an MSc in chemistry and a PhD in enzymatic peptide synthesis. His fields of expertise include chemistry (particularly medicinal chemistry), pharmaceuticals, medicinal biotechnology and nutraceuticals.

Before Plougmann Vingtoft, Mr Wagner worked as an in-house patent counsellor in some of the most prestigious biopharmaceutical companies. He is known as an inspiring teacher and has been tutoring Danish and Norwegian candidates preparing for the European qualifying examination for several years.

Mr Wagner is a court-appointed expert at the Danish Maritime and Commercial High Court, where he assists with technical issues in patent cases.

Mr Wagner teaches IP law at the Technical University of Denmark. He is also a frequent lecturer at IP-related conferences.