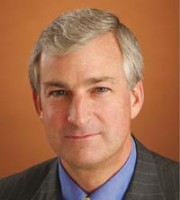 Keith R Hummel is a partner in Cravath, Swaine & Moore LLP’s litigation department. He has extensive experience litigating complex IP matters and other disputes for plaintiffs and defendants in a range of industries, including telecommunications, internet technology, pharmaceuticals, consumer products, chemicals and biotechnology.

Mr Hummel has led jury and bench trials in federal and state courts and before arbitration tribunals. He advises clients on national and worldwide IP strategy, and often supervises and coordinates concurrent litigation in several countries. He also leads efforts to identify IP assets that can be effectively used for offensive or defensive purposes.

Mr Hummel recently represented DRIT in a patent licensing dispute over Benlysta. A Delaware jury returned a unanimous verdict in favour of DRIT following a six-day trial. He currently represents Qualcomm in patent and antitrust litigation against Apple.

Mr Hummel also represented Amgen in one of the first cases to proceed under the Biologics Price Competition and Innovation Act, which resulted in a global settlement enabling Amgen to market the first approved biosimilar of Humira in the United States and Europe. He was subsequently retained to represent Amgen as plaintiff in its retrial of a patent infringement case against Sanofi and Regeneron.

In the medical device field, Mr Hummel obtained a settlement of over $750 million for Medinol Ltd after a seven-week trial in a dispute against Boston Scientific Corporation, and obtained a favourable settlement for OrbusNeich Medical and its international affiliates in patent infringement actions against Boston Scientific’s coronary stent systems, in which he oversaw and coordinated litigation in the United States, Europe and Asia.

Mr Hummel has been recognised as a leading IP practitioner by numerous professional publications, including Chambers USA, Chambers Global, Legal 500, Benchmark Litigation and The Best Lawyers in America. He co-authored the Intellectual Property Law Answer Book, published by the Practising Law Institute, currently in its eighth edition.