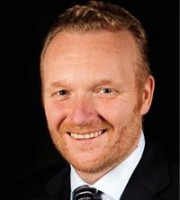 Jörgen Linde joined Zacco in 1998 and works primarily with patent prosecution and investigations, particularly in the area of life sciences.

Mr Linde graduated in 1997 with an MSc in molecular biotechnology from Uppsala University School of Engineering. Between 1997 and 1998 he was a research engineer in the field of separation and DNA analysis at Amersham Pharmacia Biotech in Uppsala (now General Electric Healthcare).

At Zacco, Mr Linde has become experienced in many aspects of IP law, including prosecution for individual, university-based inventors, small and medium-sized companies and multinational industrial corporations. His technical fields have included biotech, life sciences, pharmaceuticals, consumer products, materials chemistry, medtech and mechanics. He has also acquired specific expertise in due diligence and freedom-to-operate investigations, as well as opposition and litigation work. In addition, he has been active as a lecturer on various IP topics.

Mr Linde was head of Zacco and Albihns for Stockholm from 2008 to 2015 (Albihns and Zacco merged in 2009). He became team manager in 2015, where he has been able to strengthen the focus on client work, including strategic advice for start-up companies within the life sciences field as well as prosecution work before the European Patent Office for domestic and overseas clients. His work also includes dealing with managerial issues related to the patent business within the region.

Mr Linde has been a European patent attorney since 2004 and is a Swedish authorised IP attorney.