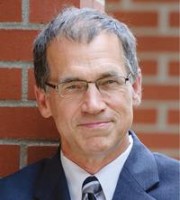 Jon Putnam founded Competition Dynamics as a platform for economic research and testimony at the intersection of intellectual property, competition law and international trade.

Dr Putnam has been retained in more than 100 consulting engagements and has testified more than 40 times in patent, antitrust, copyright, trade secret and contract actions in federal, state and bankruptcy courts; before the US Federal Trade Commission and International Trade Commission; in US and international arbitrations; and in international regulatory proceedings in Canada and India. Cases with more than $500 million in controversy include Apple v Qualcomm; Idenix v Gilead Sciences; Ericsson v Huawei; Ericsson v Apple; Ericsson v Samsung; InterDigital v Samsung; and Skyhook v Google.

From 2001 to 2005, Dr Putnam held the Ontario Research and Development Challenge Fund chair in the law and economics of intellectual property at the Centre for Innovation Law and Policy, University of Toronto. He has also held academic appointments at Boston University, Columbia University, Vassar College and Yale College. His recent articles include:

He is also the author of:

Dr Putnam holds BA, MA and PhD degrees in economics from Yale University, where he specialised in international, macro and R&D economics. He received fellowships at Yale and Columbia law schools and a Yale International and Area Studies fellowship for the study of European patent systems. Dr Putnam’s PhD thesis, The Value of International Patent Rights, was the first to measure the global value of patent rights.