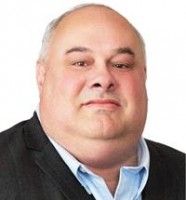 Jim White specialises in the domestic and foreign prosecution of computer software and internet-related patents, and also provides services in strategic planning and analysis of patent portfolios, and patent validity and infringement opinions. He has prepared and filed hundreds of software-related patent applications in a wide variety of technical areas, including machine learning and other artificial intelligence techniques, data mining, blockchain, cryptocurrency and other cryptography, augmented and virtual reality, smart home and the Internet of Things, e-commerce, networking, digital rights management, communications technology and services, operating systems and decision theory.

Mr White received his JD in 1997 from the University of California, Berkeley (Boalt Hall), where he was appointed to the Order of the Coif and served as executive editor of the Berkeley Technology Law Journal.

Prior to working as a software patent attorney, Mr White worked as a software engineer in Silicon Valley for over six years. His technical degrees are from Stanford University, and include an MS in computer science (1991) and a BS in symbolic systems (1989) with an emphasis in artificial intelligence (with the first two years spent in the electrical engineering curriculum).

He has spoken on and is the co-author of the publication “Software Patents: Procuring and Enforcing”, The Patent Resources Group. Other representative speaking engagements and publications include the following: