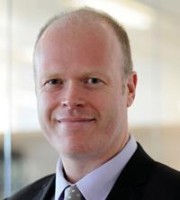 Jim Cormack leads Pinsent Masons’ contentious IP practice in Scotland. He is an experienced advocate and was appointed queen’s counsel in 2018 in light of his advocacy skills. Mr Cormack has had a contentious IP specialism for over 20 years, covering all of the principal rights, and has undertaken advocacy in IP matters in the Scottish courts, English Courts, before the UK IPO and in the General Court of the European Union. He also undertakes IP-related arbitration and mediation work, being both a fellow of the Chartered Institute of Arbitrators and an accredited mediator.

Mr Cormack’s patent experience focuses on the energy sector, covering both oil and gas and renewable energy. He has particular experience of patent disputes in relation to drilling and completion equipment for oil and gas exploration and production. He has also acted and appeared as advocate in a number of cases relating to pharmaceuticals. As well as infringement, validity and entitlement disputes, Mr Cormack spends a lot of his time litigating over patent licence disputes around licence terms, royalties and ownership of developments. He is often engaged in seeking or opposing applications for interim relief.

In relation to all of his work, Mr Cormack brings an appreciation of what is needed to successfully argue a case before a judge or another decision maker and his advice to clients is informed by direct experience of arguing cases.