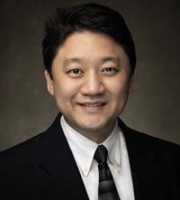 Jerry Liu is an award-winning IP attorney with more than two decades of experience as both in-house and outside counsel for entities of all sizes. He currently represents clients in complex patent prosecution and procurement matters, as well as high-stakes litigation and litigation management strategies, across a broad spectrum of industries – including communications, privacy and cybersecurity technology, software, electric power delivery and smart grid solutions, biomedical and patient safety engineering, and semi-conductor assembly.

Prior to joining Hill, Kertscher & Wharton LLP, Mr Liu was a partner at a large law firm where he prosecuted patents for Fortune 500 companies. He also served as a director of patent development for AT&T, where he managed and developed 1,000+ patent assets for the company in multiple technology areas. In addition to his extensive work as an attorney, Mr Liu has been named as an inventor on over 20 patents.

Mr Liu earned his juris doctorate from the Emory University School of Law, as well as his master and bachelor of science degrees in electrical engineering from the prestigious Georgia Institute of Technology.

Mr Liu has been recognised for excellence in the practice of law by several organisations and publications such as Intellectual Asset Management and Georgia Trend Magazine. He is also a highly sought-after speaker, having presented at national and regional events on topics such as patent monetarisation, engineering and international business transactions. Additionally, Mr Liu was an adjunct professor for 17 years at the Georgia Institute of Technology where he taught and mentored students studying technology law, policy and management.

Mr Liu lives in Atlanta, Georgia with his family and is bilingual in conversational Mandarin Chinese.