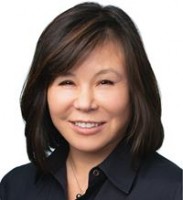 Jeannine Yoo Sano has been lead counsel in jury and bench trials in district courts across the country, in addition to handling inter partes reviews and covered business method patents before the US Patent Trial and Appeal Board, Section 337 investigations in the US International Trade Commission and appeals before the Federal Circuit. She obtained one of the first district court dismissals based on unpatentable subject matter following the Supreme Court’s Alice decision and one of the first contested transfers out of the Eastern District of Texas following TC Heartland, in addition to achieving numerous victories on behalf of defendants in the Eastern District of Texas, Northern District of Texas, Delaware, Massachusetts, Central District of California, Northern District of California, Middle District of Florida, and in appeals to the Federal Circuit, including denial of a cert petition to the Supreme Court.

Ms Sano has handled patent and trade secret cases in a variety of technology fields, including radio frequency tuners, CMOS image sensors, DRAM, central processing units, chipsets, CAD software, video processing, and mobile device communications. In addition, she was recently honoured by the Animal Legal Defense Fund for her contributions in enforcing the California puppy mill ban against puppy mill brokers and breeders. She is a member of the Silicon Valley and Texas chapters of ChIPs and the Women Lawyers of Eastern District of Texas Advisory Committee.