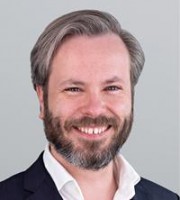 James Ward acts for clients in patent prosecution, opposition and advisory matters across a diverse range of technologies.

Based in Haseltine Lake Kempner’s Munich office, Mr Ward regularly attends oral proceedings at the EPO before the first-instance Examining and Opposition Divisions, as well as before the Boards of Appeal. Opposition proceedings form a significant part of his practice, in which he acts for both opponents and patentees.

Mr Ward also has experience of conducting freedom-to-operate studies, assessing competitor patents with regard to infringement risks and validity, and reviewing patents ahead of purchase.

Mr Ward has presented seminars in Europe, Japan and the United States on European patent prosecution and opposition practice.