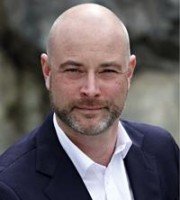 James Ramsbottom has worked with scientists and engineers of all disciplines – from biofuels to medical research, devices and pharmaceuticals, to automotive manufacturing and production, and to mechanical devices and systems – in the public and private sectors. He is the inventor of several Canadian and US patents, as well as author of numerous peer-reviewed scientific publications. He has acted as scientific adviser to the Canadian Spinal Research Organisation and the International Institute for Spinal Regeneration. Mr Ramsbottom has also been active in and sat on committees of the Intellectual Property Institute of Canada.

In addition, being mechanically inclined, Mr Ramsbottom has helped to build and curate the Canadian patent portfolio for a major Japanese car manufacturer. Mr Ramsbottom’s biotechnology and natural science practice stems from his educational background. He holds two bachelor of science degrees in life sciences and honours biology, and was a doctoral graduate student in molecular pharmacology at the University of Trieste in Italy. He is a registered patent agent before both the Canadian Intellectual Property Office and the US Patent and Trademark Office.

In his patent drafting and prosecution practice, Mr Ramsbottom seeks to develop a solid understanding of both the technology at hand and the client’s objectives in engaging the patent system. He strives to understand the commercial relevance of the technology today and how a patent may be utilised in the future. This approach has helped him to assist clients in developing cross-discipline applicable patents that are commercially relevant to the client’s business and offer future licensing potential. 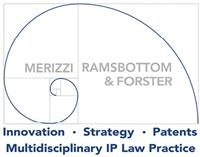