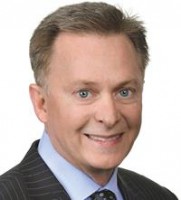 J Rick Taché is a shareholder in Buchalter’s Orange County office and firm-wide co-chair of the IP group. Mr Taché is a registered patent attorney focusing his practice on IP law, with an emphasis on patent and trademark litigation before the Court of Appeals for the Federal Circuit, US district courts throughout the country, the International Trade Commission and the US Patent and Trademark Office. In addition to his litigation experience, Mr Taché advises clients on a variety of complex transactions, including mergers and acquisitions, licensing, joint ventures, joint development, original equipment manufacturer and outsourcing agreements. His patent and trademark prosecution practice spans a variety of industries, including medical devices, aerospace, mechanical, software, hardware, Internet, business methods and various other technologies.

In recent years, Mr Taché has been recognised by prestigious legal publications. He has been thus recognised by Intellectual Asset Management (IAM) Patent 1000: The World’s Leading Patent Practitioners every year since 2014, and by Managing Intellectual Property Magazine in 2013, 2014 and 2017.