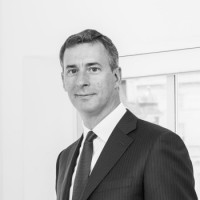 Harvey Adams is a partner who focuses on the life sciences and chemistry sectors. With over 20 years’ experience at first-instance and appellate level, he is recognised as one of the leading attorneys and advocates in contentious proceedings before the EPO and is a respected strategist and formidable opponent. Mr Adams brings a wealth of knowledge and insight to any contentious matter and has therefore been entrusted with the defence of many important patents for landmark drugs, especially in the context of parallel or anticipated abbreviated new drug application litigation. In addition to his work in the contentious arena, Mr Adams is adept at navigating freedom-to-operate issues and devising prosecution strategies to maximise the strength and reach of clients’ intellectual property. Mr Adams has extensive experience with due diligence matters and an in-depth knowledge of:

Mr Adams’s practice focuses on biotechnology and pharmaceuticals, including but not limited to:

In addition to cases directed to application programming interfaces, he has been heavily involved in second and third generation patents on:

Mr Adams has defended many important patents protecting landmark drugs such as: