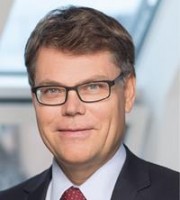 Håkan Borgenhäll is a partner of Vinge, one of the largest full-service law firms in Sweden. He is a top-ranked IP lawyer and an inductee in The Legal 500 Hall of Fame. Mr Borgenhäll’s practice focuses on contentious matters concerning patents, trademarks, copyright and registered designs, commercial IP agreements and marketing law. He also gives advice in relation to IP strategies and the establishment of IP rights. Clients have commented that Mr Borgenhäll is a “very good pick for the bigger litigation matters”, while the IAM Patent 1000 described him as “the number one patent litigator in Sweden”. Mr Borgenhäll represents clients in varied technical fields, including supplementary protection certificate matters, and has been involved in several cross-border disputes including block-buster pharmaceuticals.

Mr Borgenhäll has also recently been appointed by the Swedish government as a member of the Swedish Patent Attorneys Board, which manages the authorisation and supervision of patent attorneys.

Mr Borgenhäll lectures at universities and IP organisations and has written several articles concerning intellectual property, such as damages in trademark law.