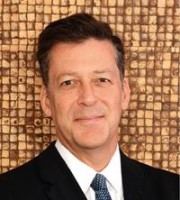 Gustavo Starling Leonardos is a founding partner of Luiz Leonardos & Advogados and active in all areas of intellectual property.

Mr Leonardos received his bachelor’s degree from the State University of Rio de Janeiro in 1985 and was admitted to the Brazilian Bar in the same year. In 1987 he earned his master’s in comparative law from the George Washington University Law School. In 1989 he worked for WIPO in Geneva as a consultant for the industrial property division until March 1990.

In 2007 Mr Leonardos was awarded the EMERJ Medal from the School of Magistrates of Rio de Janeiro for the relevancy of his services to the Brazilian legal culture.

Mr Leonardos is engaged in all areas of intellectual property and directly involved in all aspects of trademark prosecution and litigation related to IP matters, as well as contracts, transfer of technology and copyright.

Mr Leonardos is the managing partner of Luiz Leonardos & Advogados. He specialises in trademarks, licensing and litigation.