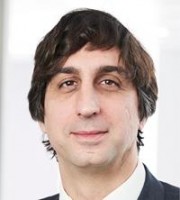 Mr Fúster’s work focuses on industrial property rights applications before the EPO and the Spanish Patent Office. He is particularly experienced in prosecuting patents, drafting opinions on validity, defending against industrial property rights infringements and drafting expert reports in nullity and infringement proceedings before the Spanish commercial courts. He also has extensive experience in chemical, pharmaceutical and biotechnological patents.

Mr Fúster has a degree in pharmacy from the Complutense University of Madrid and an MBA (biotechnology) from Aliter. He studied law at the Spanish National University of Distance Education from 2004 to 2012. He was business development and patents manager at the biotechnology firm Genetrix Corp from 2002 to 2005, where he gained experience in monoclonal antibodies and adult stem cell technology. He was patents manager at a Spanish patent attorney firm from 2005 to 2009 and director of the technology transfer office of the Andalusian Public Healthcare System from 2009 to 2011, where he gained practical experience in Spanish civil, administrative and commercial law, as well as in advanced therapies (eg, stem cells and tissue engineering, nanotechnology and gene therapy). Mr Fúster became a Spanish industrial property attorney in 2007, a European patent attorney in 2008 and gained a diploma in patent litigation in Europe from the Centre for International Intellectual Property Studies in 2011. He joined HOFFMANN EITLE in 2011.