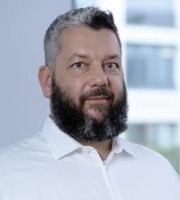 Gottfried Schüll has managed the successful enforcement and monetisation of SEP patent portfolios with worldwide coverage. He is currently representing owners of patents essential for the AVC/H.264 video compression technology against TV manufacturers. Prior successful enforcement campaigns against the largest Chinese smartphone manufacturers based on AVC/H.264 SEPs have contributed to the status of the MPEG LAs corresponding licensing programme as the gold standard in SEP licensing. In these proceedings, the first instance and the appeals courts confirmed infringement of the standardised technology, as well the FRAND character of the pool licence.

These cases are in continuance of his work for the patent owners of 3G, NFC, internet protocol, ADSL and MPEG-2 essential patents in complex proceedings against world market leaders in the fields of video compression, digital payment and communication technology in the past two decades.

As a patent attorney and longstanding partner of COHAUSZ & FLORACK, Mr Schüll has already acted as lead counsel in well over 750 patent disputes and nullity proceedings. He is active before the Federal Court of Justice, the Federal Patent Court and before German regional and higher regional courts. The Federal Court of Justice’s fundamental MPEG-2 video signal coding decision, which introduced the independent protection of digital data generated by a patented process, is due to his efforts.

Mr Schüll was chair of the IT working group of the Licensing Executives Society Germany for 10 years and, due to his reputation in litigation matters, is also an independent court expert appointed by the Dusseldorf Higher Regional Court and an arbitrator. He frequently speaks at specialist events and is the author of numerous articles on the German and European SEP sector.