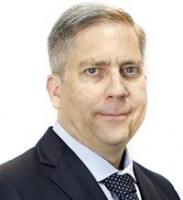 Gabriel Francisco Leonardos is a senior partner at Kasznar Leonardos and head of the licensing and litigation departments of the firm’s Sao Paulo office. He has 30 years’ experience in intellectual property and is widely recognised by international law and IP guides as one of the best IP lawyers in Brazil. He acts in IP litigation, consulting services on licensing agreements, patents, trademarks, copyright and unfair competition, trademark prosecution, arbitration and mediation in IP and contract law.

Mr Leonardos has a law degree (1986) from the prestigious State University of Rio de Janeiro, a post-graduate degree in German law (1989) from Ludwig Maximilian University (Germany) and an LLM in financial law (1996) from the University of Sao Paulo. In 2015 he received the German Cross of Merit (Bundesverdienstkreuz) and in 2018 he obtained an MBA from Fundacao Getulio Vargas in Rio de Janeiro. He was a guest research fellow at the Max Planck Institute (Germany) in 1988/1989.

Mr Leonardos is a frequent speaker at IP conferences worldwide and the author of dozens of articles on IP law published in specialised journals in Portuguese, English, German and Spanish. He is the author of an acclaimed book on the tax law of technology transfer, published in 1997.

He speaks Portuguese, English and German.