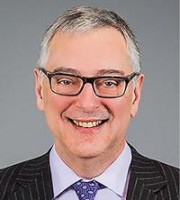 François Guay is the managing partner in Smart & Biggar’s Montreal office. He has over 35 years of in-depth IP litigation experience and is among the most experienced IP litigators in Canada. Mr Guay has appeared before the Courts of Québec and the Federal Court of Canada. His case work in Marlboro Canada Limited v Philip Morris Products SA and Bell Canada v 1326030 Ontario Inc dba ITVBox.net was recognised with the 2012 Milestone Case of the Year Award from Managing Intellectual Property.

Mr Guay has argued many cases that have resulted in leading jurisprudence in the fields of patents, trademarks, industrial designs, copyright, unfair competition, trade secrets and computer-related technology. More than 250 of the cases in which he has been involved have been reported in Canada. He has a vast amount of experience with extraordinary recourses such as interim or interlocutory injunctions, seizures before judgment, and anti-counterfeiting and anti-piracy matters.