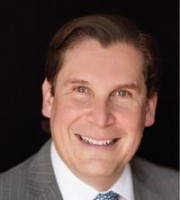 Eugenio Pérez is a partner at Uhthoff, Gómez Vega & Uhthoff SC in Mexico, where he leads the patent technical department. His main areas of expertise are mechanics, electronics, industrial designs, telecommunications and information technology. He has more than 20 years’ practice experience and oversees all matters relating to providing technical advice to national and multinational companies to protect their patent portfolios in Mexico and abroad.

Mr Pérez joined Uhthoff in 1997 and became partner in 2008. He holds an industrial and systems engineering degree from the Monterrey Institute of Technology and Higher Education, Mexico and an IP law diploma from the Panamerican University, Mexico. He is fluent in Spanish and English.

Mr Pérez is an active member of the Mexican Association for the Protection of Intellectual Property – he was chair of its Patent Committee between 2008 and 2014 and is now the commissioner of its Educational Committee. He is also a member of the American Intellectual Property Law Association (AIPLA) and a regular speaker in Mexico and abroad on patent matters. He is very involved in the AIPLA’s Latin America Committee (he was the committee’s vice chair from 2015 to 2019) and was responsible for the Mexican and the Central American regions between 2011 and 2015.