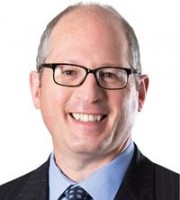 Mr Belt’s litigation victories include a jury verdict of non-infringement after a one-week trial for a defendant in the plaintiff-friendly Eastern District of Texas. In another case in which he represented a patent owner, Mr Belt obtained penalties against an alleged infringer for making material misrepresentations to the court and for other misconduct, including an award of attorneys’ fees and striking of the validity defences. He also successfully moved to exclude the alleged infringer’s expert witness. This case settled on the first day of trial, after Mr Belt and his team defeated the accused infringer’s motion for summary judgment of non-infringement and won a number of motions in limine.

Mr Belt writes and speaks on IP and litigation issues. He is a past president of the Boston Patent Law Association (BPLA) and, on behalf of the BPLA, has authored and submitted numerous amicus briefs to the Federal Circuit and Supreme Court. In 2017 the judges of the District of Massachusetts appointed Mr Belt to chair a blue-ribbon committee charged with drafting proposed revisions to the local rules governing patent infringement cases. He has been honoured annually as a Massachusetts Super Lawyer in the field of IP litigation and is listed in The Best Lawyers in America from 2014 to 2020.