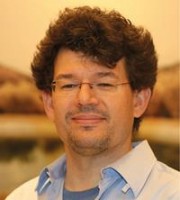 Elliot Papageorgiou provides business-centric IP advice to international clients on both contentious and non-contentious IP issues, with a special focus on IP value extraction, strategic portfolio development and cross-border IP enforcement and litigation involving China and the Asia-Pacific region. He has managed a range of strategic branding matters, but especially focuses on technology projects for multinational clients. His client briefs include developing IP strategies for one of Europe’s largest venture capital funds, global automotive technology brands, global engineering and manufacturing conglomerates and some of Europe’s best-known fast-moving consumer goods and jewellery brands.

A selection of Mr Papageorgiou’s significant successes include:

Mr Papageorgiou is qualified as a solicitor in England and Wales, an attorney at law in New York and a barrister and solicitor in Victoria. He holds bachelor’s degrees in commerce and economics from Murdoch University, an LLB from Monash University and a BCL from St Catherine’s College, University of Oxford.