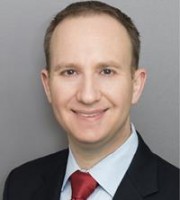 Dov Grossman is an accomplished trial lawyer with over 15 years of experience litigating biopharmaceutical patent disputes, including as lead counsel. Mr Grossman’s educational background is in chemistry – with an emphasis on medicinal chemistry – and he has relied on that experience to successfully represent some of the world’s largest innovator pharmaceutical companies in a wide variety of patent disputes, including for multiple billion-dollar products. Mr Grossman has extensive experience litigating Hatch-Waxman cases, both in the district courts and on appeal. He has also litigated brand v brand patent disputes between innovator companies and has handled numerous inter partes review proceedings before the PTAB.

In addition to pharmaceutical-related matters, Mr Grossman has litigated patent cases in the medical device and telecommunications industries. He also has advised clients on the negotiation of patent licensing agreements, including as the lead outside attorney handling the negotiations.